I would really appreciate some insight on this one! Been teaching myself Hitfilm Express over the last few years and finally purchased the Puppetry and Particle Simulator packages. I cannot get rid of this distortion in the final render of my videos. The particles look great, but the layers that sit underneath the effect have a strange pixelated color distortion that drags behind the moving particles. I have re-built, started the project from scratch, and viewed the videos on at least 3 different screens - with no improvement. Here are my specs:

Background is PNGs I have made in GIMP and layered together in Hitfilm. Some puppetry on the man as well as the items peeking out.

Distortion occurs a little bit with puppetry along the tip of the flame. Lots of distortion from the particle simulator using the pre-built rock setting. It occurs when I render directly from a composite shot, as well as when I build the individual layers into the main editor.

This is a screenshot of the rendered video without the particle simulator layer: 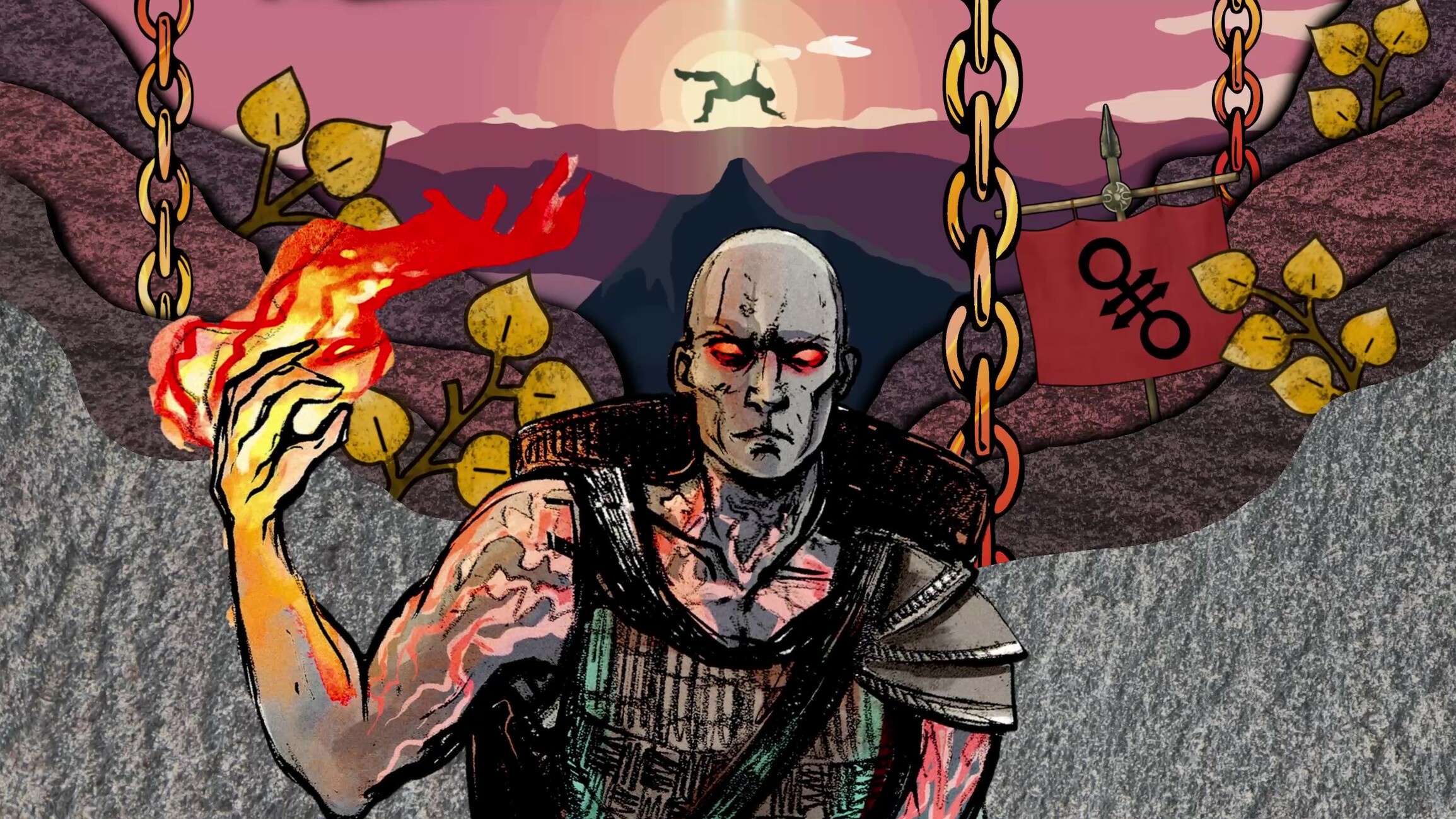 This is a screenshot of the rendered video with the particle simulator layer (I've added white arrows to highlight larger portions of distortion): 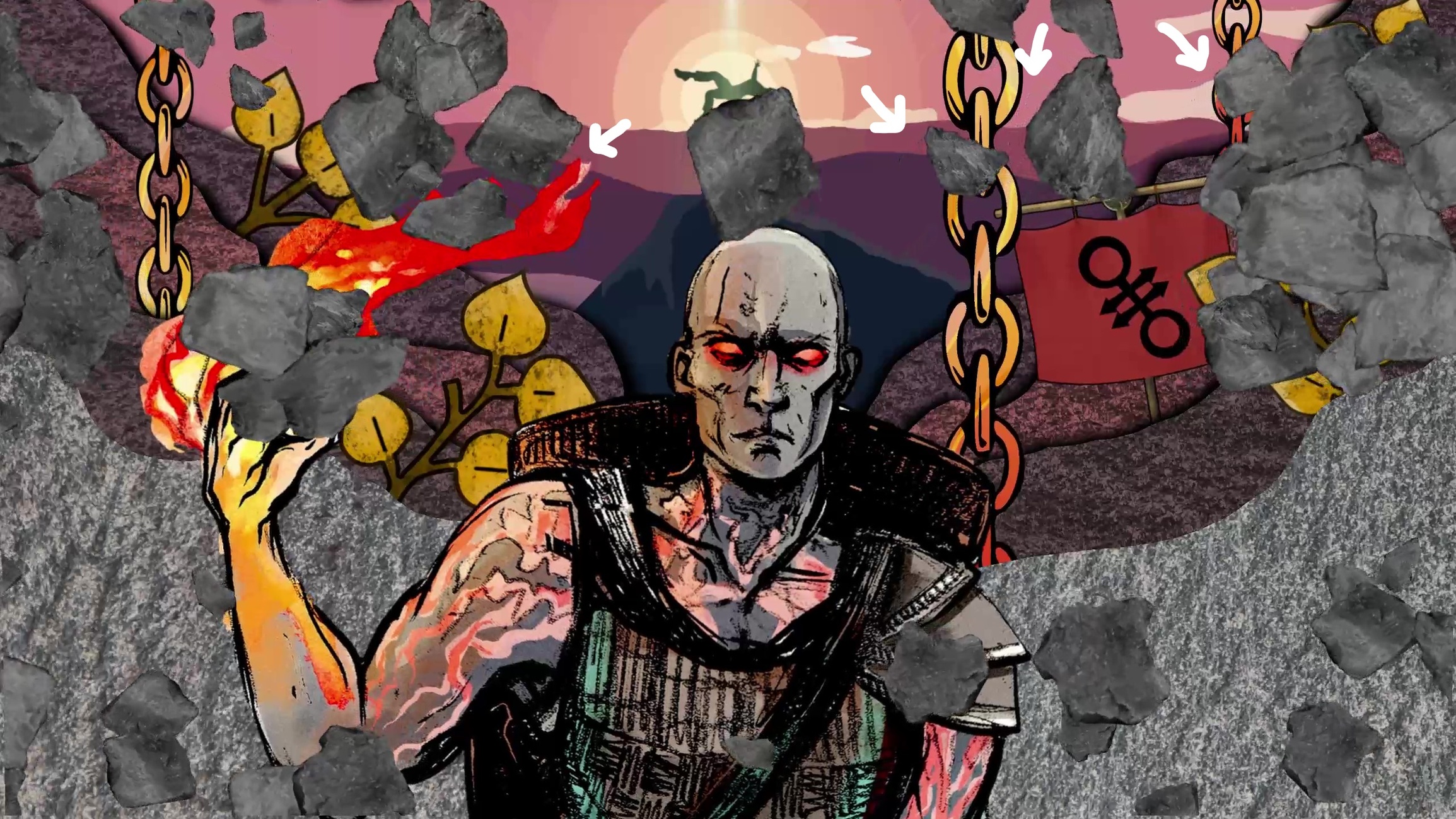 This folder above has 2 rendered videos (one with particles, one without) so you can see the distortion in motion. It also has the two screenshots listed above.

It's not insanely noticeable, but I would obviously love to see the video render clean. Thank you in advance for any and all help!