Which older version of HitFilm Express gave me the ability to place an image over a subject's head?

I have this meme thing I had in mind, and when I was making it, this involves placing an image of (let's say, a cartoon character) on top of a subject's head (like from a funny skit or a movie scene), shown below as an example. 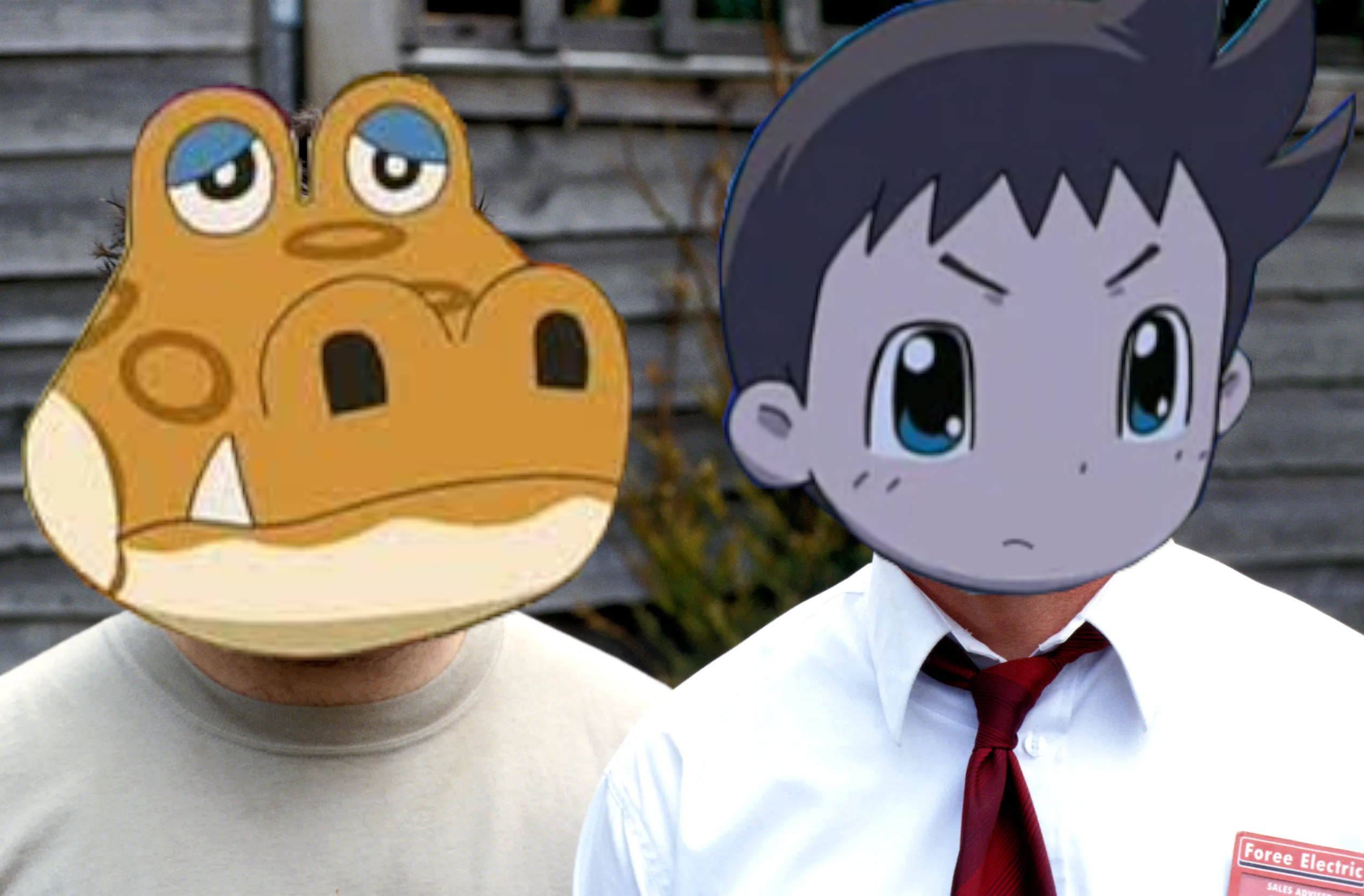 (Heads of Yu and Alfonso from the Animal Crossing Movie pasted on an image of Shaun and Ed from Shaun of The Dead.)

Problem being, the latest HitFilm Express does NOT work well with my computer as it ended up crashing upon startup, giving the same error dialog.

I really wanted to make this meme thing so badly. I've tried the 'tried-and-true' method of pasting the same image on every frame in Camtasia Studio, and it already is a lot of work, even for a one-minute video. I wanna move on from that, and I wanna see how this technique would work.