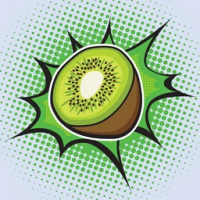 KeeWee Posts: 22 Just Starting Out*
December 2021 in HitFilm
Last time I've been on this page I complained about a performance issue, and I think I've found out why