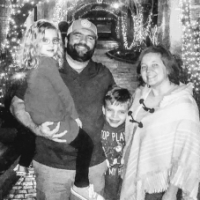 I know several have complained about the update being slow (and honestly it's slower for me as well), but the new super glow effect is awesome. Kudos to the devs for that!