I recorded a small let's play using MSI afterburner, and the file itself plays fine in vlc. But when i import it to hitfilm, its really sped up, and repeats the sped up video until the audio ends. Hitfilm does detect the correct framerate (60fps).

This was a test, so, i have no issues loosing this specific file, but i need to import videos created in msi afterburner into hitfilm.

I used mediainfo to get the specific details about the file:

The strange thing is that if i record another file, with the same codec but at 30fps, hitfilm handles the file perfectly.

A file that works perfectly: 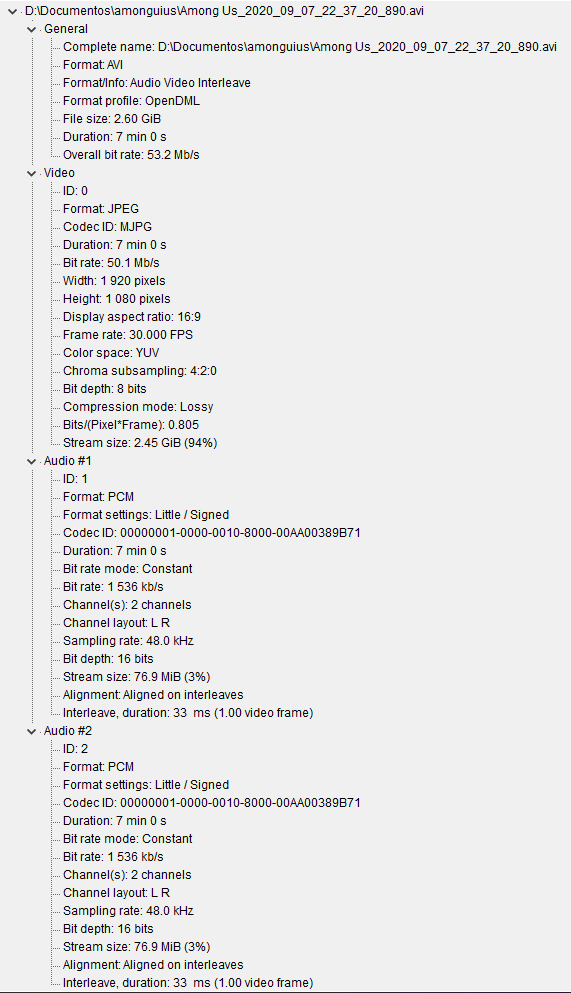 Is there any way to work with a 60fps file generated by MSI afterburner? i compared a 1920x1080 60fps and a 30fps one, and the 30 fps one works flawlessly but the 60fps has the video all sped up and unsyncronised.

Or if not, what would be a compatible codec/config that i have to record from MSI? Is one of these compatible:

(My system is in portuguese) the video format options are:

-Compression MJPG (the one i'm using and seems to work, but not in hitfilm)

The last 2 ones are listed as "non configured" as i dont have them in my system.

I tried several times to check if it wasnt a corrupt file or something like that, and the results were aways the same.

Is there something wrong?