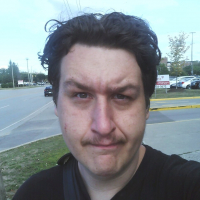 I feel having the ability to have transitions (light leak, cross fade, etc) within composite shots would help speed up the flow of video production, if it were possible.