FlickeringLight Posts: 58
February 2018 in Show off

Footage of drummer Charles Hayward's band Data Quack live at The Albany Empire Theatre, London last November,  The event "Sound is Sound is Sound" is part of a series of experimental music evening curated by Charles. My visuals start with using Flashlight Led Lens Flares to emulate stage lighting then run through a selection of other HitFilm techniques and animations, live mixed and further affected with Visual Jockey. Unfortunately the nice 4K projector rather burns out the camera. For Londoners who like that sort of thing, I've just been booked for the next in the series also at the Albany in April 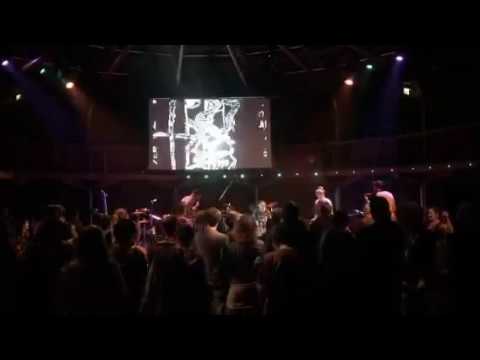