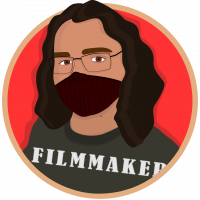 In your opinions, what is the best camera (under $50,000) and best computer for film makeing? For the camera we are going to be moving it a lot and doing quite a few action scenes. and for the computer it needs to be able to run about 10 or 20 layers of 4k fairly smoothly in HitFilm (possibly pro) and also it needs to work with very high poly things in blender and run symulations fairly well. Lastly it needs to be good at rendering in Hitfilm and (more importantly) Blender.