You guys have the best Chroma keyer! 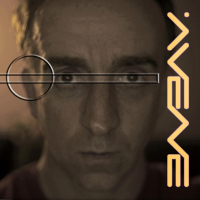 I upgraded to Hitfilm 3 Pro last week, and to be honest, so far the plugins have been the best part of the upgrade for me. As much as I'd like to use the HitFilm editor, I've been using Sony Vegas for over 15 years now, since before it could even edit video, so it's almost impossible to get my head around a different way of working. Although I'm keen to get more into the 3D compositing.

Anyway, I fired up the Hitfilm Chroma keyer in Vegas, and wow, it easily beats anything I've used before. Up until now I was using the Boris BCC keyer, but with that I'd have to first load the Sony Chroma blur plugin to remove the jagged edges. Which meant losing detail around the edges. But with the Hitfilm Chromakeyer, it just works and provides smooth edges without any chroma blur.

Below is a shot I tried keying with it. What amazed me here is the hair detail. In other chromakey plugins I've used, most of that would be gone. I had the erode here set to 3, but still didn't really lose any of that hair detail. Most of which is in an out of focus area too. I also used the Hitfilm Spill supression plugin as well, and it worked perfectly. Definitely better than any other spill supressor.

So basically, I'm really impressed with these plugins. Obviously they've been around for a while, but I never actually tried keying anything in Hitfilm Ultimate 2 before. Once again, due to being more comfortable with Vegas.

I'm also quite impressed by how well the Atomic Particles plugin runs in Vegas too. It actually runs faster and smoothly in Vegas than in Hitfilm itself. Possibly because my video files are AVCHD.