Help needed! Particles in the particle sim not rendering 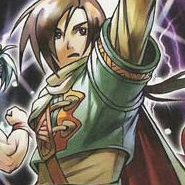 I've been working on a composite shot where I place a TON of particle systems in the background, and when I rendered it, a lot of the particles just pop in and pop out. Is this a common issue that's just caused by trying to render too many particles? I wanted to try pre-rendering the sim but it looks like you can't pre-render particle simulators. Any help would be appreciated!

Additional info that might be helpful: I am using composite shots I created as the particle textures. Maybe this has something to do with it?