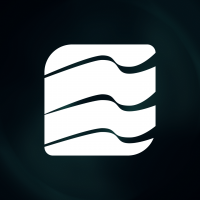 About 10 days ago I started work on recreating/reinterpreting one of the sequences featured in the third season of The Twilight Zone. I began by trying to figure out the cone illusion effect using Blender which at first I thought was fairly simple, but in it's own way proved more complex than I expected. I then used blender for the nebula background plates which I thought added more interest than just a simple starfield section.

The added nebula section was tweaked as the original sequence did in fact feature a nebula with the camera panning down, but was relegated to fade in after the logo text went away which I thought could be more seamlessly integrated. I also changed the san serif font logo used in the original to fit in line with the other seasons that used the main logo shown above. Overall I am really happy with the end result that was entirely composited, and edited in Hitfilm Pro. Feedback is greatly appreciated.