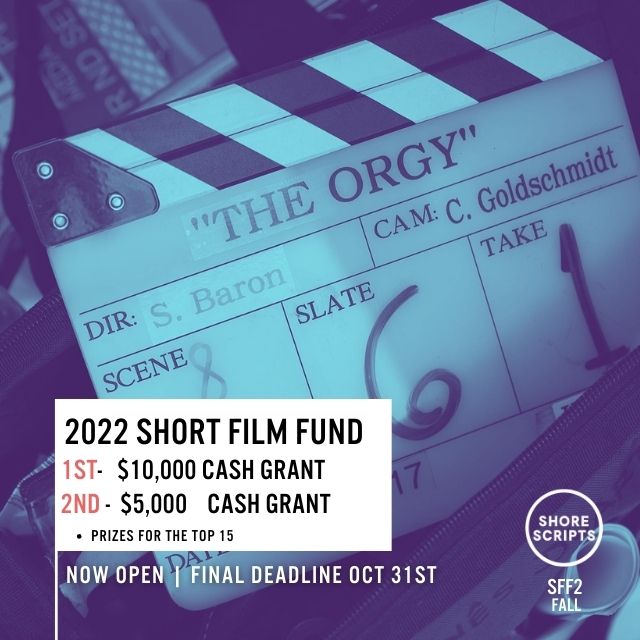 The Short Film Fund is more than just a screenwriting contest. It's an opportunity to get your script produced.

The script is the beginning, not the end. If the screenplay is the blueprint for the film, then the writer's ultimate goal is to see that film produced and distributed.

Shore Scripts has commissioned 16 short films through the Fund that have played at some of the top film festivals around the world including Cannes, Tribeca, and BFI London, and have won major awards including a BAFTA. The writers have gone on to gain representation, sell and option screenplays, and get staffed on TV shows as a direct result of placing in the Fund.

And all of our finalists will receive Free access to our exclusive Writers Forum - The Script Hub and the opportunity to have their scripts read and considered by our award-winning Judges, associate Directors, and a special selection of our Industry Roster.

PLUS, every writer who enters receives a Free 18-page booklet on How to Get Your Screenplay Produced.

GET FEEDBACK ON YOUR SCRIPT