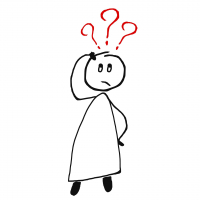 I've been trying to find a solution to this for weeks. Everything on the community board for similar issues are talking about actual video footage captured by a camera exporting black, and/or everything looking great in the viewer and exporting black anyway. My issue is that it's a coin toss whether it will play in the viewer properly to begin with - sometimes it does (usually if I move the clip and move it back in place, it will play properly in the viewer for a few times before it starts playing black), but it ALWAYS exports black. And again, only overlays and composite shots and any planes I create.

I have a white plane and want to put some png images over it. I believe the real issue is the plane/composite shot that I'm trying to have white is just changing to black in viewer and export. Any overlay png images ARE showing up (except any that are black). I've tried rendering the white composite shot/plane first, I've tried just getting rid of the composite shots/planes and just make the background white and having the PNGs floating if that makes sense. I've tried almost every type of export (youtube, avi, vimeo, png image, etc). Nothing keeps those background

The kicker is I have another video with a white plane and text overlay, and that one works in both the viewer and export! White background with black text, and everything shows properly. I tried recreating all the same settings in this new video and it just isn't happening.

I have windows 11 but I've updated the software to the newest compatibility which claims windows 11 is now supported. Old posts had said i might need to drop to windows 10.

See screenshot below - timeline has a white plane, viewer shows black, and the blue rectangle is a png black image that wont show up because of it. Later I have an orange png and that does show up, but it's still black background.