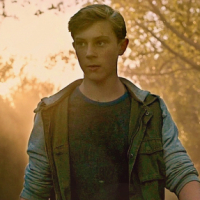 Made entirely in Hitfilm Express is this realistic arrow impalement, enjoy!

P.S. I know the draw back isn't very good, but it was made more for the impalement