360 photo to be a video is distorted

I was trying to make a 360 render into a video following the tutorial of Film Sensei (https://www.youtube.com/watch?v=gKokHS_ccUc).

However, after setting everything up I encounter an issue of having my 360 image cut or distorted... not very clear (the screenshots are attached). 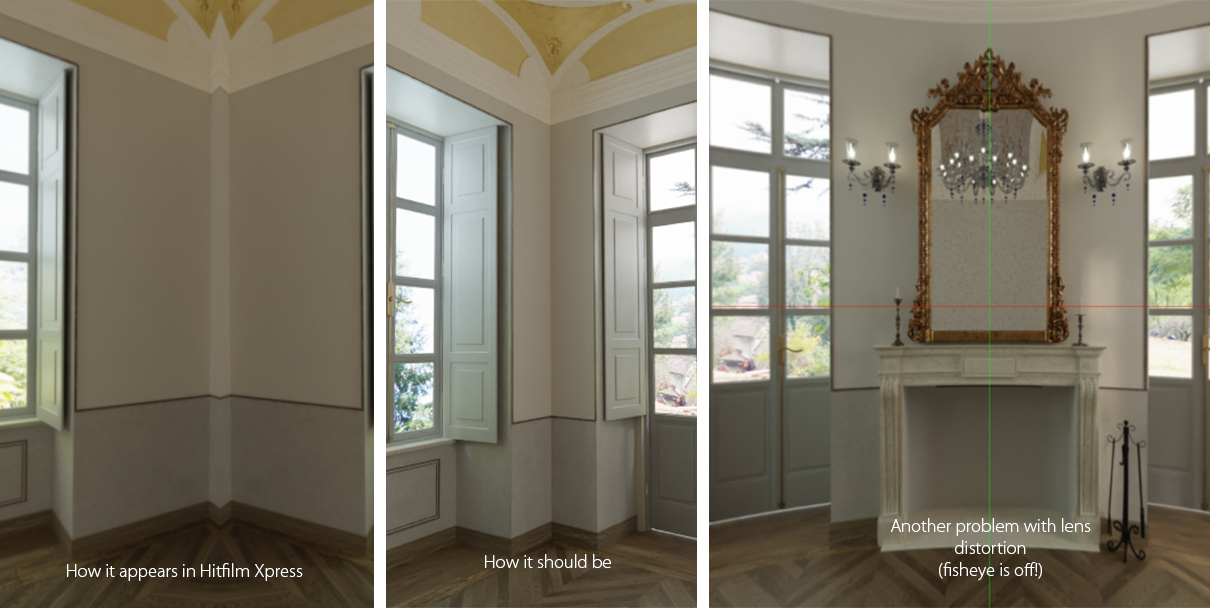 Moreover, the image on open is very zoomed, and I don't know how to zoom it out again without getting it distorted. The fisheye lens if always off.

I would be grateful if someone gave me recommendations on how to tackle these issues, or if someone has encountered them as well.

I was trying to switch to Adobe After Effects to perform this task, but it just doesn't run on my PC at all :/