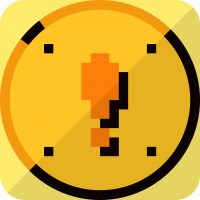 Sometimes I have unlinked and then deleted the audio from a part of a video-and-audio clip in a previous working session (so I only have the visual video left, not the sound), but I want the audio back. I can't go back in the undo history because it was in a different session. The only option then is to go back into the Trimmer (for the same media file), frame-perfectly select the same in-out points as before, drag that part onto the timeline again, delete that new Sequence Clip's video aspect and place the audio under the old video Sequence Clip. That can be somewhat of a hassle, especially if the speed of the video clip has been modified (because then it's harder to decide what frames to cut out in the Trimmer). So, I would love to see a feature where, if you right click a video Sequence Clip (one which previously had its audio deleted), there is an option to "Recover Audio". It would place the audio associated with that part of the media file in the audio track with the same number as the video track the video clip is on. If there is already another audio clip on that part of the audio track, a prompt just like the Paste Conflict one ("Overlay", "Insert" or "Create New Track(s)") will be shown. The audio will have the same speed property as the video clip.