I'm trying to use the recently added GoPro Lens Reframe effect in Hitfilm Express but I'm having a couple of issues.

When I change the Projection to Source Image, nothing changes and the image does not fill the screen (see big black box below). This is using a 4:3 4000x3000 video within a 16:9 4K timeline. 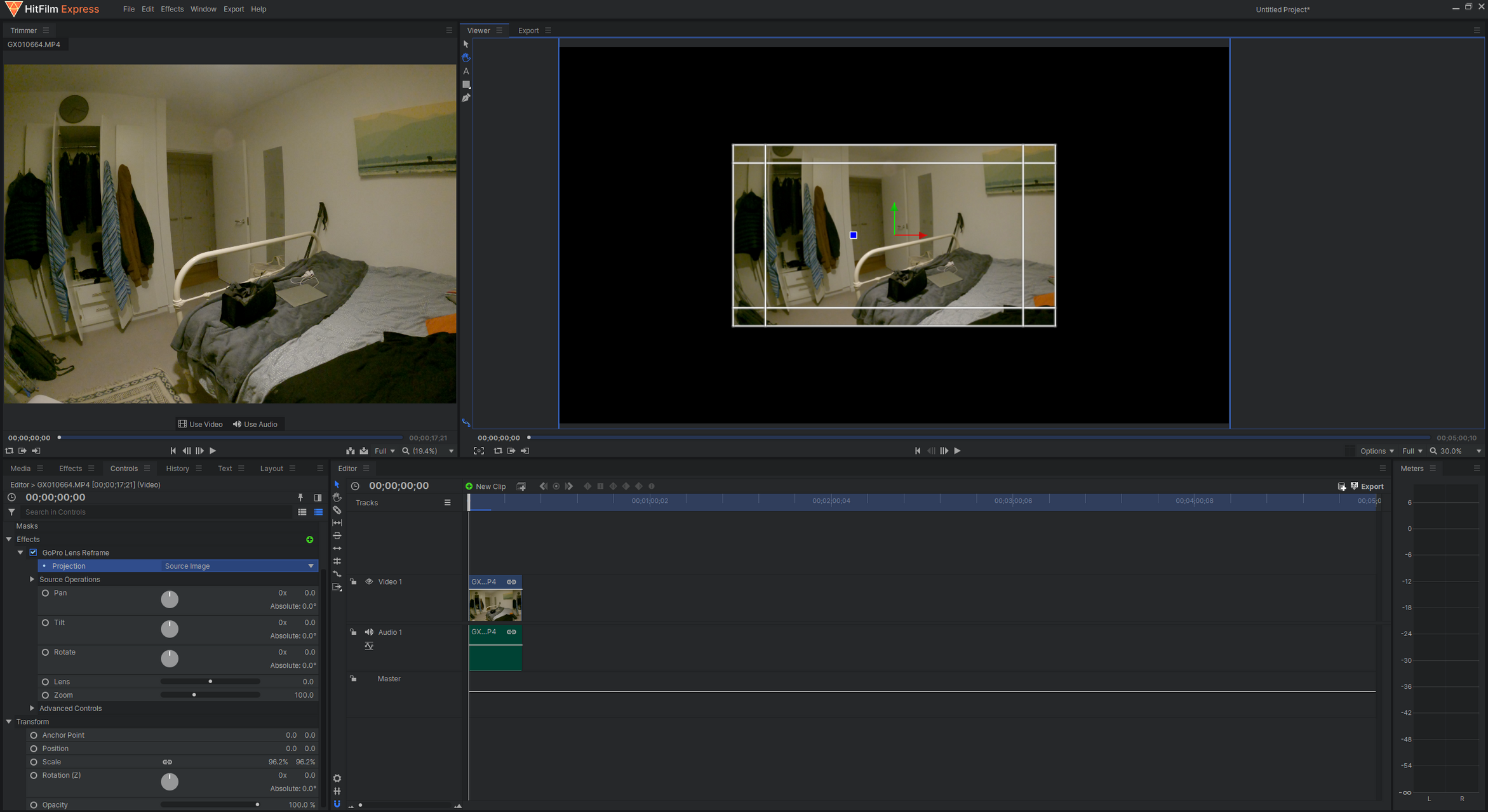 When I zoom out within the reframe effect to see the borders of the video, the extra space is stretched and blurred instead of just showing as black space (as I've seen it does in other video editors). Is there any way to change this?