[ENHANCEMENT] Speed control in Transform properties of a selected clip. 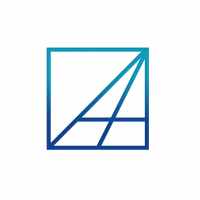 I edited this low budget motion graphic with VEGAS Effects.

EDIT: this is a rewrite by Mod Triem23 to try to clarify this request. Original post left intact below:

Currently Hitfilm can change speed of clips via Properties in the Media Bin, Rate Stretch, Speed/Duration and the Speed effect. The Speed effect is unintuitive and really requires nesting to be fully effective.

Adding a keyframable Speed control to the Transform properties in the Controls of a selected Clip should bypass the issues with the Speed effect, while being easy to access and allowing easy access.

I wish I can manipulate the video speed on the media level like the transform instead of using OFX. Plus, the speed OFX plugin is max out to -20 to 20+ values, and it also causes unattractive blurring look if I speed up a media or comp that has motion blur enabled. Working with speed OFX plugin is too linear as I can't cut the media/comp, otherwise it will just cut the visual halfway which is very annoying + messy layer.