HitFilmExpress 2021.2 Problem: Stays active for a while in background after closing & Laggy timeline 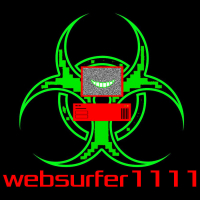 *) I turned off "Automated Background Timeline Cache Rendering" in the Options Menu. It stopped lagging to hell and back and runs smoother than the previous version, which began to lag at the current size of my project and forced me to split it up. Before, moving objects on the timeline was almost impossible and tedious at best in the newest version. Especially key frames, which pushed HitFilmExpress to the border of crashing, with frozen processing times of up to 2 minutes for moving 6 key frames by 20 seconds on the timeline.

*) Pressing the close program button with the "x" leaves the process "active" in the background for several minutes. I blame timline background cache. But I'm not sure. Let me delete it... Okay if finally left the scene in Task Manager... It starts faster now after dumping the pre-render-data of the timeline!... And it saves faster!... Okay it might be unrelated... HitFilmExpress is still doing stuff in the background for some reason. Don't know if this was previously also the case, but I think no.

Addon_1 *) Never mind, opening a project is still laggy. For some reason it went back to being laggy...

*) I also removed the check mark from the box to use, if available, the internal INTEL GPU. That's what I have my NVIDIA GPU for. But I can't tell if it had any influence on the performance improvement.

Addon_2 *) Detaching a layer from its parent layer also causes mayor lag and much freeze. Because all the motion paths are being readjusted.