Why does my computer experience CPU spikes when exporting video?

I am exporting H.264 1080p 24fps video, and during the first half, CPU usage stays at around 13% but spikes to 90%-100% every few seconds, slowing the whole computer down and exporting process drastically. Then, during the second half, CPU usage evens out at 100%, and everything runs more smoothly. My computer is not the best, but it takes 10 minutes to export a 3:30 minute video, which is completely unreasonable and is driving me insane. From looking at help forums, I know that the CPU and GPU work together in some way, so the exporting might be slowed down by a weak link. I just want to know if there's a possible solution to this problem. 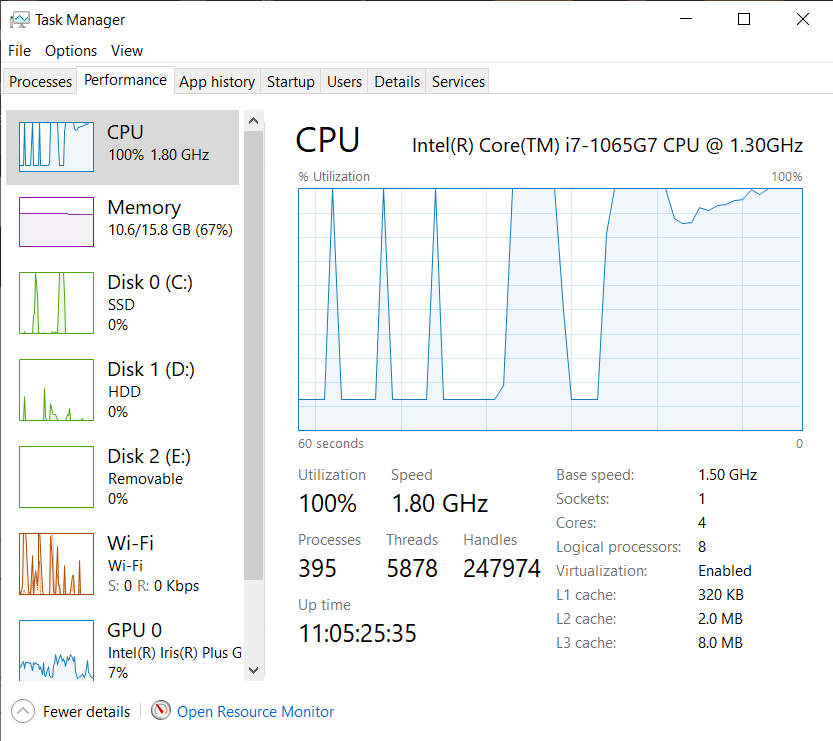