A lag between recording audio & video 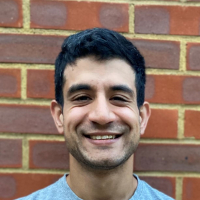 I'm new to HitFilm and loving the software. I have recorded video using my Windows native 'Camera App' software, and then imported into HitFilm.

I'm using a Lenovo Yoga laptop. When I filmed on Camera App, there's a very slight lag when I play the video back.

When I import to HitFilm, the lag is slightly more noticeable... I'm wondering if this is down to HitFilm, or the laptop I am using?

Has anyone else encountered this? Is there a way I can stop this happening?

Update: I've also noticed the lag seems to be different in different portions of the final video... [the final file consists of 24 videos edited/merged together)