What kinda mic stand for a Directional Mic 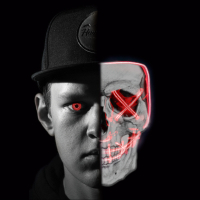 As you may know a lot of videocreators are using directional mics and I'm not sure which tripods they are using. At first I thought something like they use for dynamic mics but those aren't that high. I also like to see links or recommendations👍