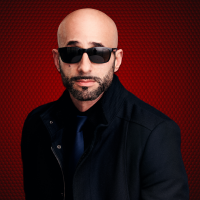 I started a new channel called Screen-fu where I will do reviews on movies and TV series. But mainly I will do pitches for films and TV. Since will be totally original. Others will be based on exisiting films/tv. Example this episode where I discuss what they could do with Character of reptile in a Mortal Kombat sequel.

Now my production process is to write, then record voice over our video. Next I listen back and create images, by compositing, various elements from games or films over images of real locations I filmed or photographed. Masking, adding VFX etc. I then export and run images through a photo editor filter to give it a unique art style and bring back into hitfilm where I plan and add canasta movements.

Took a while and few episodes but happy with this style