frosen2 Posts: 1 Just Starting Out
May 2021 in HitFilm

I've been using HitFilm Express for a couple months on a Dell Latitude E5540 laptop. It's been really good for what I've been using it for and has worked perfectly. Recently, though, it has been crashing quite a bit. Sometimes it just freezes, and others it gives me a notification that I do not have enough video memory available to render the project. It also is not letting my export any projects of any size; it gives basically the same error. I'm not sure if this is something wrong with my computer or with HitFilm. I haven't had this problem at all until this week. I've deleted a couple larger projects that I don't need anymore and made sure I'm on the most recent version of HitFilm. Is there something I can do? 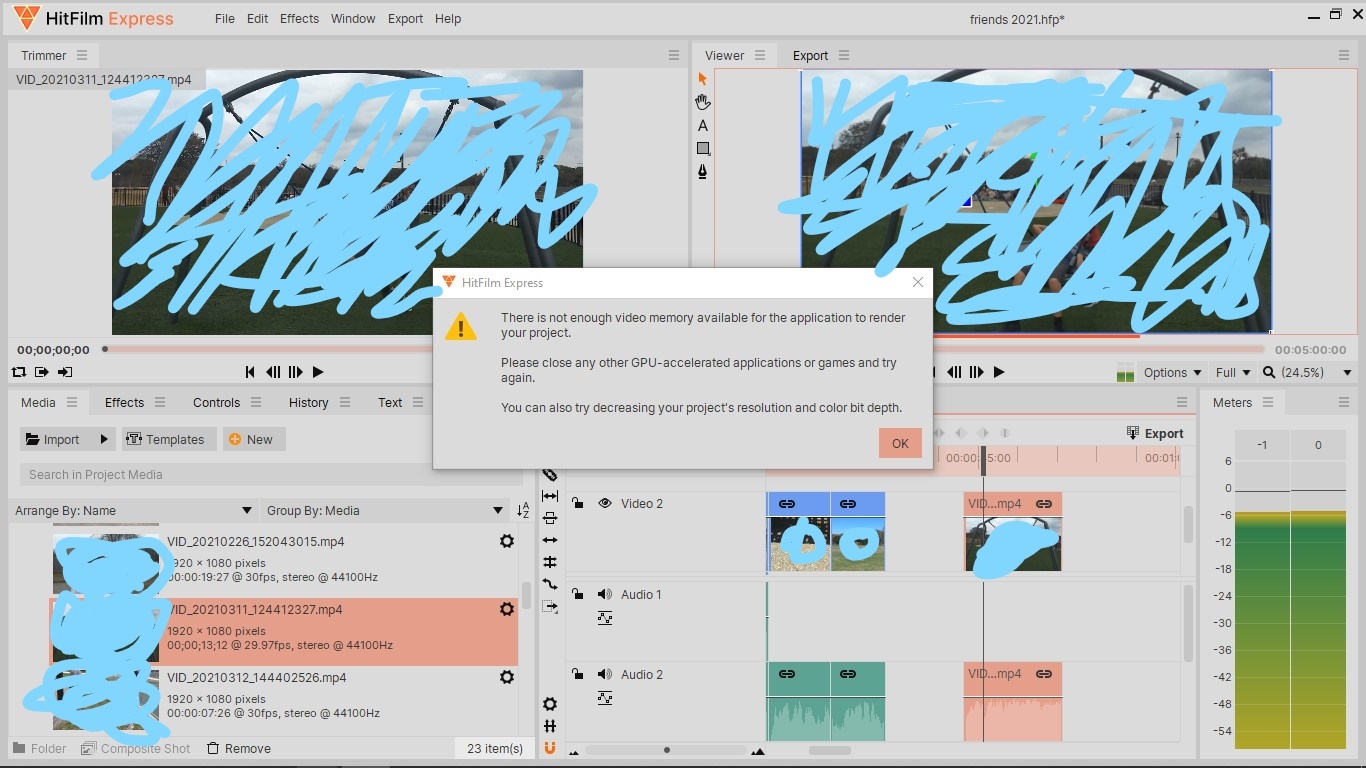 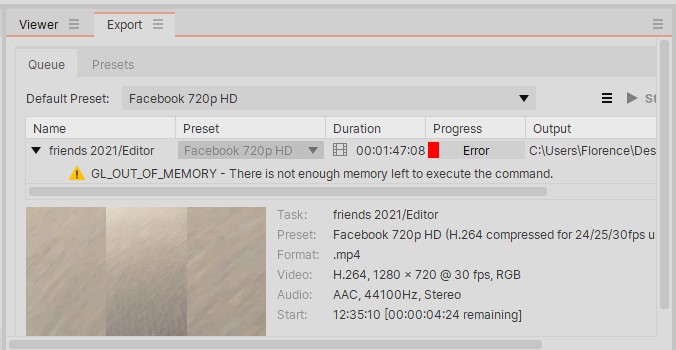