How to optimize the system and the process to get a shorter render time?

I have recently been editing videos more regularly with Hitfilm. Previously my processor seemed to limit rendering, so I bought a better one. My current specs:

The rendering is already much faster, but since the processor is only at about 30% load, there must be a way to speed up the rendering even more. But I can't estimate due to lack of experience what I can change next, or easiest (on my workflow or on the hardware) to get a shorter render time.

I mostly just render MP4 videos (MPEG-4; AVC; variable frame rate) cut together in the editor without adding any effects. (Maybe just a video or audio fade). There I am aware that this is not the most ideal either.

During rendering I get the following load:

So do I need a graphics card with more VRAM? Does the RAM already limit with capacity and/or speed? Or are there other ways to optimize the process without buying new hardware? 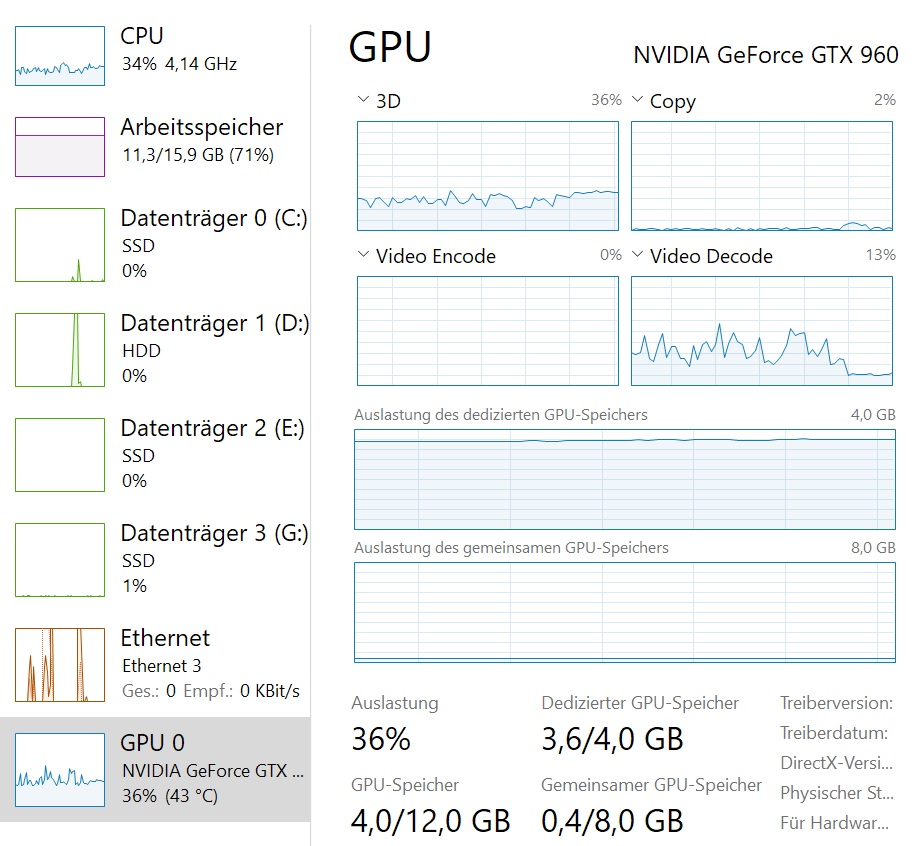