I will add of course the shadows and ambient occlusion later, just wanted to keep the things as simply as possible while trying to figure out what's going on with the reflections.

Both models are set Cook-Torrance with a planar Specular Reflectivity of around 20%: 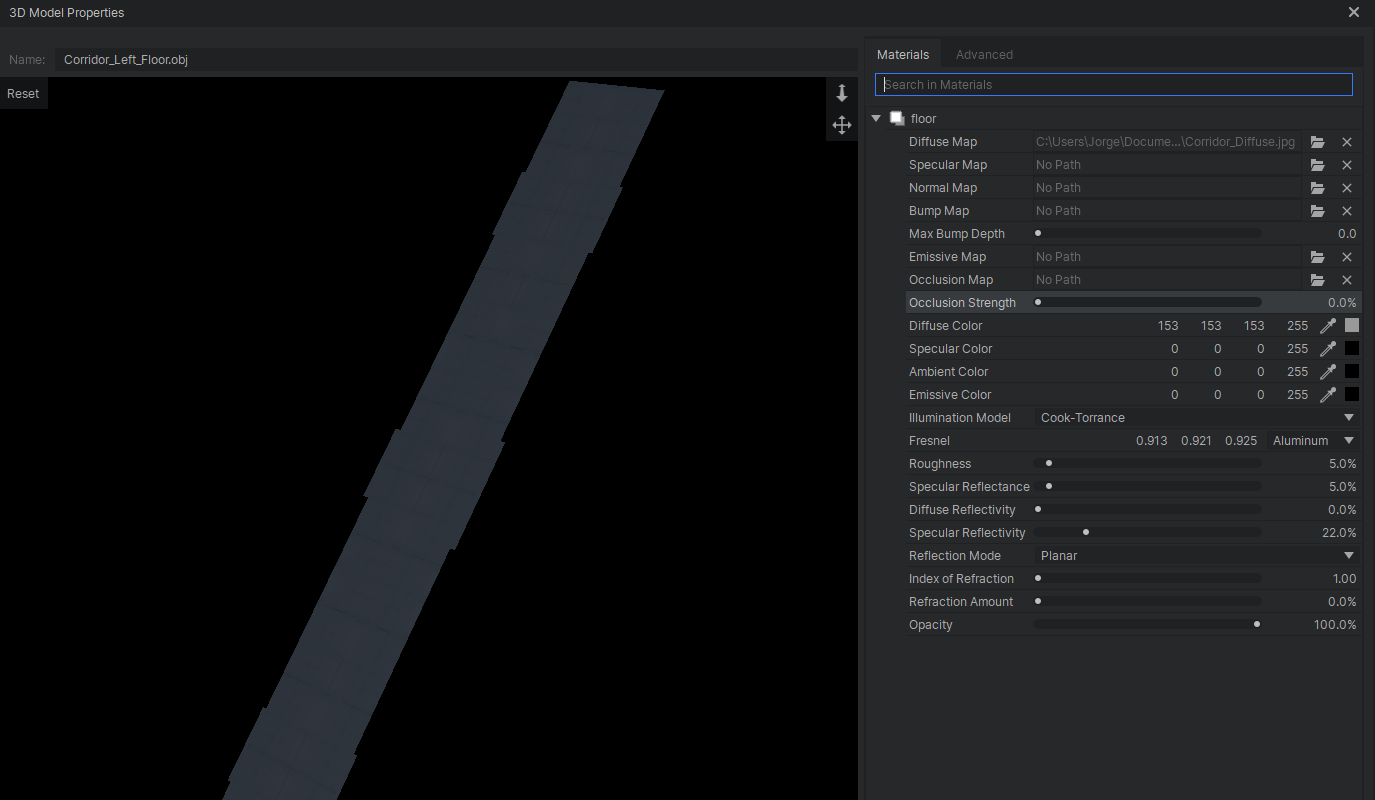 It caught my attention that whenever I increase or decrease the Specular reflectivity, the preview on the left does not change.

I'm using the diffuse, normal and specular maps for the corridor and just the diffuse map for the floor, as that's what FilmSensei does in his tutorial. All JPG's textures are the ones included in Andrew's pack.

If I set a regular Hitfilm 3D plane and enable receives reflections, it behaves as expected and shows itself like a mirror.:

What am I missing? I'd go ahead with the 3D plane but as it doesn't have the ability to occlude with the corridor, I'm trying to figure out what's going on here :)