Yesterday (Saturday, February 27, 2021) during my weekly livestream, @solosamuraiwhatchef brought up the idea of creating a collaborative short film or trailer within the HitFilm community. The idea would be to start by creating a script, @DafterThings mentioned that he had a base script that he would be willing to provide for the cause. Then, volunteers from the HitFilm community would film, edit, and add VFX to their scene which would be all put together into a single short film project. Other people watching the livestream who expressed an interest in participating included @tddavis and @spydurhank. 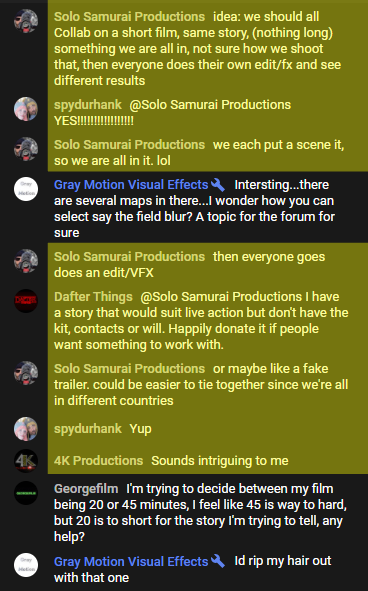 Since it was Chris' idea, if he wants to take the lead, I would be happy to be involved. If Chris doesn't, I am happy to coordinate. Who would be interested in participating in something like this?