Afternoon everyone, I started creating a video last night with multiple clips I have saved. I finished up for the night and proceeded with 'Save as' and saved it as a HFP file on my desktop. This morning I went to open up the file through Hitfilm and a message popped up saying (Picture below) 'The following files could not be found at their previously saved locations, missing files will be relinked automatically where possible'

It then shows up two links which I am able to click but it only allows me to open MP4 files with no show of the HFP file.

I'm hoping to open up the HFP file to continue where I am, any help would be greatly appreciated! Thank you. 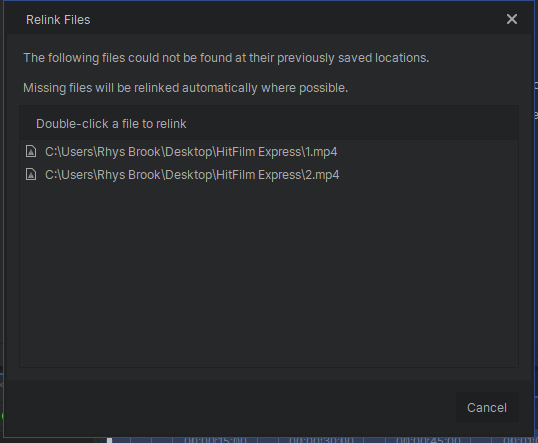