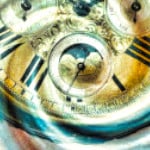 For a video I am creating, I want to make a graphic of a timer counting up from all zeros to about 21 hours over the course of about a second. I initially tried using the timecode effect in the editor. I created a plane with a length of 21 hours and then added the effect. After a few changes to the look of the text, I shortened the clip using the rate stretch tool. Unfortunately, the effect scaled so that it was counting at a normal speed despite the speed of the plane it was on being greater than 100%. My next thought was to use a composite shot and then change the speed on the editor to avoid the effect changing speeds, but composite shots can't be longer than 10 hours, so no luck there either. I also tried using multiple composite shots, but I haven't found any way to get the timecode effect to start from more than 0 seconds within a composite shot. Any ideas?