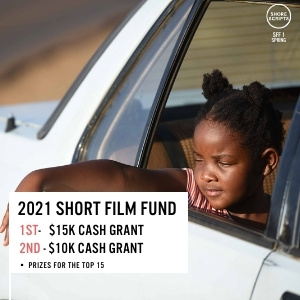 DISCOVERING THE BEST NEW SCREENWRITING TALENT FROM AROUND THE WORLD.

The Shore Scripts Short Film Fund offers you an opportunity to have your short film script financed and produced.

The 2021 Spring Season of our Short Film Fund opens JANUARY 15 and will award production financing for two short films:

Our sponsor ARRI Rental will provide free production equipment rental for the duration of production in any country in which they operate.

The Fund welcomes submissions from screenwriters and filmmakers from around the world.

Screenplays must be in English; however, the production can be filmed in any country.

We can offer end-to-end support from script development to post-production and promotion.

Our previous 10 funded short films have played at some of the top film festivals in the world, including Tribeca, BFI London, Austin, Cannes, Encounters, Palm Springs, and many others. Our writers have gone onto gain representation, sold screenplays, and been staffed on TV shows as a direct result of entering.

TAKE A LOOK AT OUR PREVIOUS WINNERS FILMS https://www.shorescripts.com/films/

Every writer who enters receives a FREE 18-page booklet on HOW TO GET YOUR SCREENPLAY PRODUCED.

-The resulting short films will be sent to our Judges, Industry, and Directors Roster. That’s over 200 of the best people working in the industry who will see your work.

-PLUS, the Grand Prize Winner will receive a FREE Festival Pass to HollyShorts 2021.

-AND, our two Prize Winners will each receive a FREE copy of the Final Draft screenwriting app.

-Top 5 Finalists will also receive an exclusive feedback report from one of our Short Judges with suggestions on how you can further develop your screenplay and receive a FREE copy of Final Draft.

-Top 15 Finalists - Your script will be sent to our Judges, Directors & specially chosen members of our Industry Roster AND you'll receive FREE access to our Ultimate Screenwriting Course led by former UCLA Head of Screenwriting, Richard Walter.