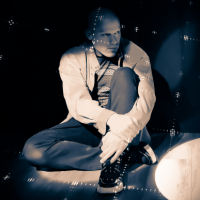 I recently upgraded from the latest version of Hitfilm 15 to the new Hitfilm 16. When I open the program and select new project, after it loads up the main screen it immediately freezes up adn it says "Hitfilm pro is Not Responding" the screen turns white and asks do I want to wait for it to respond or close the program. I uninstalled HitFilm 16 and reinstalled Hitfilm 15.2.1 thinking I could just use the old version for now until I get it fixed but the exact same problem happened with version 15.2.1. I also use the latest version of Vegas Post Suit 365. I first noticed this problem when right clicking on a video track and selecting "edit in hitfilm" When I did that Hitfilm would load up but then freeze and say "Hitfilm pro is Not Responding" So I said fine screw it and then I uninstalled Vegas Post Suit 365 and I uninstalled Hitfilm. Restarted the computer and all that... I then only installed Hitfilm because I figured I would just directing import and edit the clip in Hitfilm. At this point I was assuming Vegas Pro was causing the issue but obviously now that I have explained all this I do not know what is causing the problem?

I am completely lost on what to do. Any help with this would be greatly appreciated.