Hope you've been staying creative -- I just released my wife's and my latest episode of our retro-themed web series "That Darn Girlfriend". We wanted to create a fictitious game show that might have existed in the 1970s, so using DAZ Studio, I built the set in 3D and did all the compositing in HitFilm Express. My wife and I played all of the characters (which is the perfect Covid-compliant film production workflow!), and I got to do some era-appropriate celebrity impressions!

Our color scheme was Neapolitan ice cream, with a heavy pink tone to the set, as you can see from some of these screen captures: 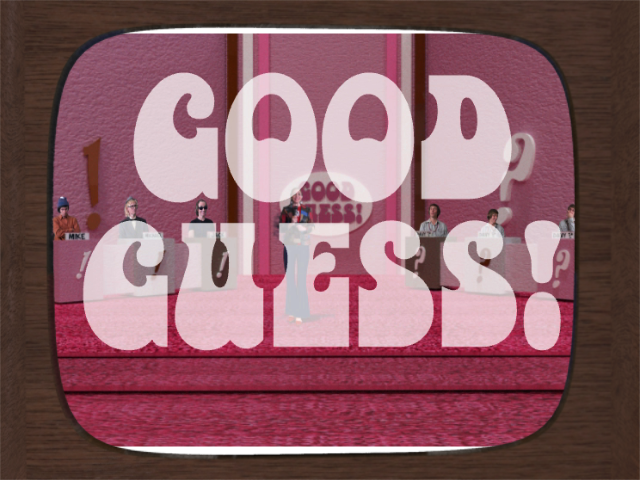 Using HitFilm Express' text tool to create a "chyron" style title. Back in the day, these would be a little transparent, so make sure to lower the opacity slightly so it looks properly retro. The TV screen is an overlay from a 3D model of a retro TV set that we use in our series -- we don't have an old school TV, so we have to fake it! 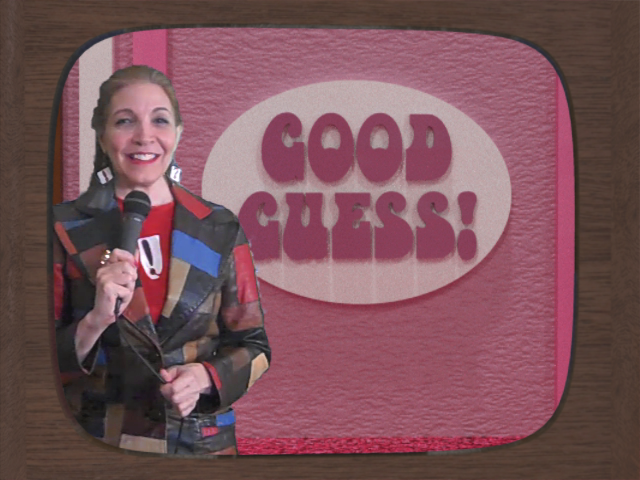 My wife Pamela as the game show host. The background looks like the old Baskin-Robbins ice cream shops from the 70s. I built the walls in DAZ Studio, and textured using the IRAY shaders which give a great look. The show logo on the wall is 3D extruded text I exported out of Google Sketchup. I also grabbed a TV Studio HDRI from the HDRI Haven website to give the studio lighting look. 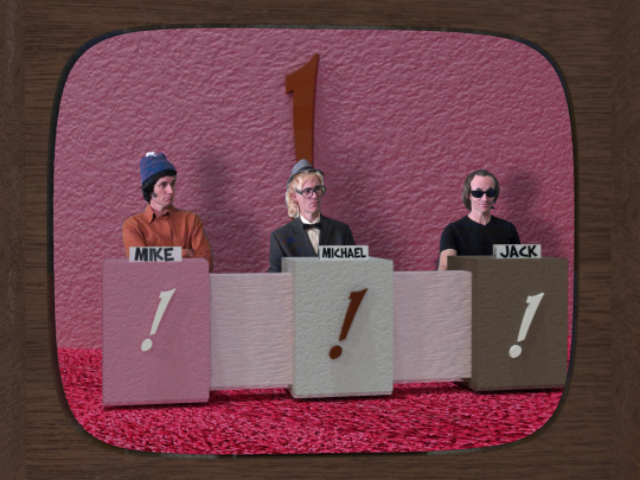 To composite myself into the celebrity panel, I made sure to render 2 layers of my 3D set -- the wall and BG carpet, and the podiums on a separate PNG layer with transparency. That way, I only had to sandwich the video footage between the two layers which saved a lot on masking! 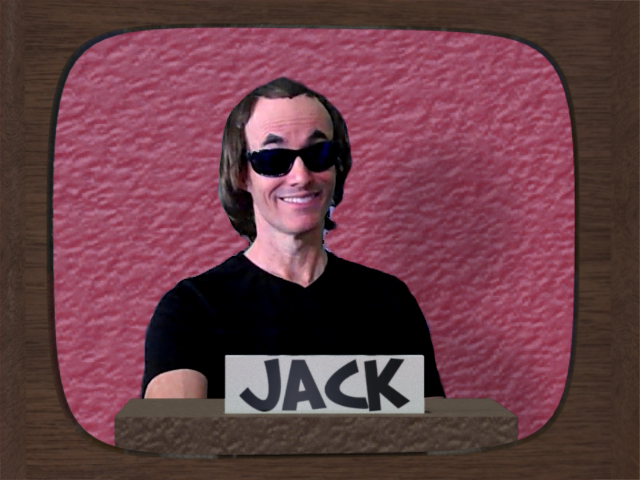 My take on Jack Nicholson -- thanks to my wife who helped with the eyebrows! Note the shadow on the wall - that's a duplicate of my video footage with Brightness/Contrast set to darken it, add a blur effect and lower transparency. Then make sure to move the layer so it looks like Jack is throwing the shadow on the wall.

I have to say, the greenscreen key in HitFilm Express makes chromakey so simple. We're hoping to invest in a better screen (which will help prevent those reflective artifacts), but it's pretty good even with a 99cent plastic green tablecloth!

And when I'm working with compositing different layers, I like to make sure to set each layer as a 3D plane, so I can manipulate them to give a true 3D effect. Since we lock the camera down for these shots, it's pretty easy to pull off.

Here's the link to the episode:

I'm really looking forward to downloading and trying out the new release of HitFilm Express 16!