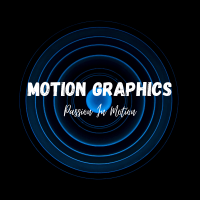 Decided to start a thread giving our unsung heroes the appreciation and praise they deserve. The staff at FXHome have been working really hard to provide us guys with an awesome Video editing/VFX/Mograph combination with a really friendly user interface that really resembles the more known pro software like premiere pro and after effects.

I've been putting off getting add ons for hitfilm express- my laptops can't support hitfilm pro and I don't have the budget for it yet- but this Black Friday has been awesome. The best I must say so far. 83.2 percent off plus 20 percent to good causes is really awesome and I decided to quit procrastinating.

The dark theme is really stylish and with the release of Hitfilm 16 my content creation is moving to a whole new more especially in Mograph. The behaviours really save so much time and the audio spectrum effect gives a really awesome look- more especially when made into a circle like Trap Nation's.

To all the guys at FXHome keep up the awesome effort. Many thanks @TheBenNorris @KirstieT @JavertValbarr.