I was watching the tutorial on how to use the Foundry Camera Tracker to make a AT-ST move with the camera. When I imported the .ABC file, the model disappeared. This happened in the tutorial as well, but they fixed it by changing the world transform values. I don't know what's happening, but the .ABC file says "Material Mismatch" Could somebody please help? 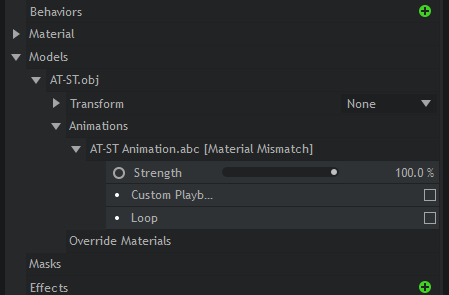