So this is the weirdest thing, I just got hitfilm (coming from an aftereffects background) and Im currently messing around with a particle system, camera, a couple of lights etc. 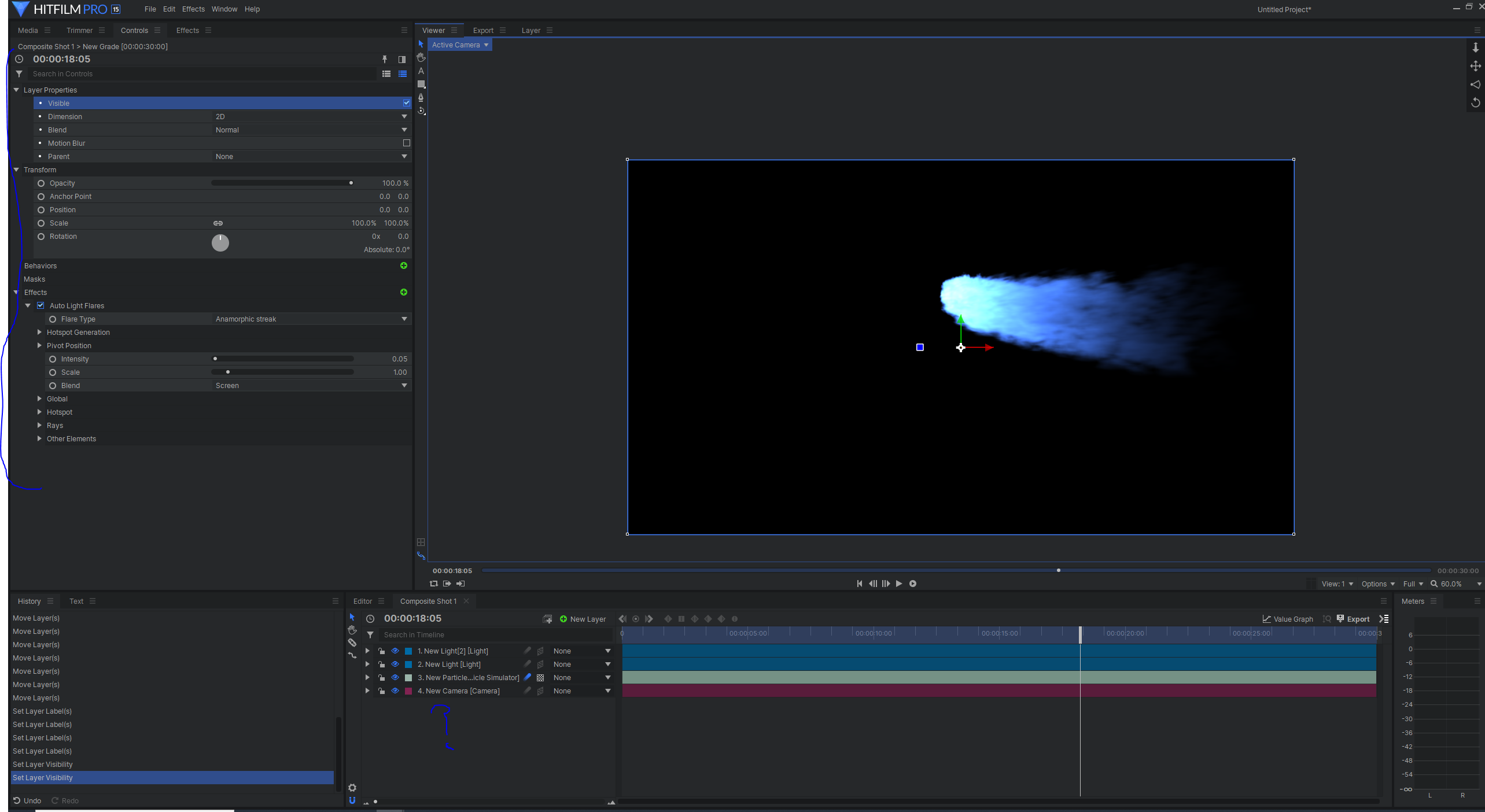