Moving mask on green screen layer mas- should I be using set matte?

I'm hitting my knowledge limit with this and need to access the hive mind, because I'm sure there is an easier way to do this than animating a mask frame by frame. The background of my shot is reproduced below. It's a very shaky, hand held shot, which I love and don't want to stabilize. High contrast, as you can see, with blow-outs. I'm trying to put someone (A) on the other side of that door, between the "No Exit" sign and the black door frame. My person A is cleanly shot against a green screen, so that part is good. A is technically supposed to be floating, so I don't need their motion to match the shakiness of the shot. What I DO need is a mask of the door frame (horizontal and vertical pieces) and the "No Exit" sign to move with the motion of the background shot in order to appear in front of my person A that is floating outside the door. Make sense?

Would a "set matte" effect work better here? Where do I apply it, what do I set as source, and how do I set the values? I'm completely flummoxed and am going to start animating a mask on my green screen layer 10 frames at a time then going back and cleaning up inbetween. If anyone has a better way, please reply! 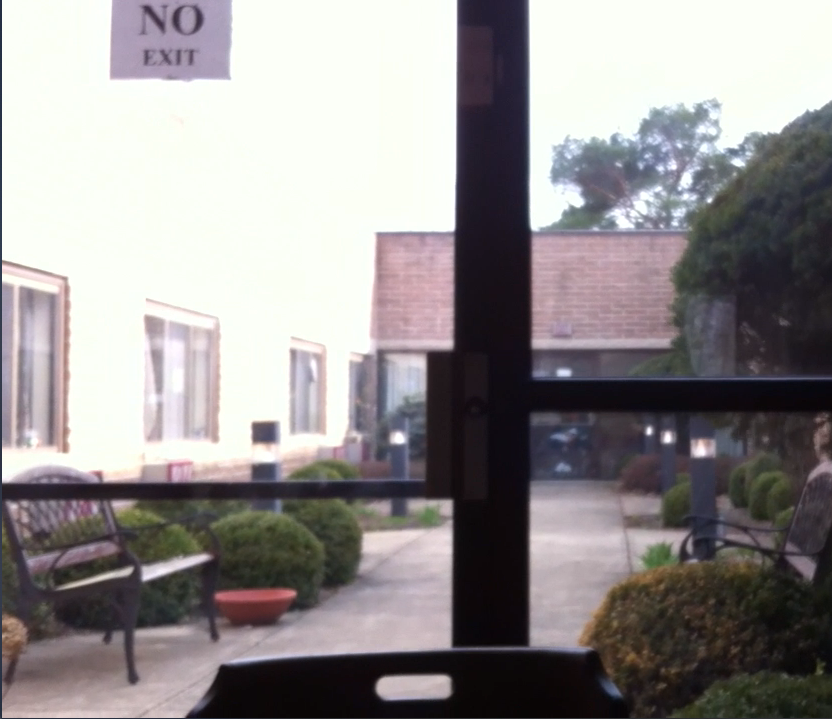