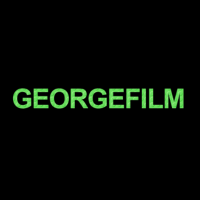 I made this for my fan-film "Batman Rising"

It feels like it's missing something, so any feedback welcome!