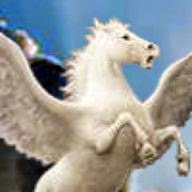 recently I've read a lot of discussions about codecs, exporting, compressions, etc..., but I still haven't received an answer to a question how to stay with the same video quality as the originally filmed.

I just want to cut some highlights from it and connect them to a short clip.

I've tried many variants of export, including production and all "from source" options, but the result is always 3-4 times larger on disk and in a much worse quality! It makes me crazy.

I see all the clips in youtube that are taken with GoPro and I obviously see that my results can be much-much better. So how do they do it? How do they preserve a great quality of edited videos?

How do I work lossless during all the process: from importing, through editing and exporting? Logically, the result must be in IDENTICAL quality, but significantly smaller, since I take only 30 seconds from a 4 minute video.