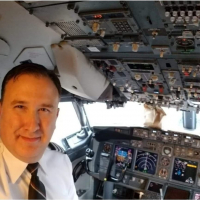 LIFE_LEADERSHIP Posts: 257 Enthusiast
July 2014 in Post-production techniques
Hi guys,
I bought a brand new computer a month ago.  Recently, Hitfilm Ultimate, has been crashing on a regular basis when i am in the middle of an edit.
Here are my computer stats and yes, everything is up to date- everything......
Intel Core i7- 4820, 4 core 10 mb cache, overclocked up to 4.2 ghz
16 gb quad channel ddr3 at 1600
NVIDIA 760Ti 2 bg GDDR5 ( fully updated)
64 bit machine Windows 7 home premium
After the non responsive  crash, HF says would you like to create a dump file with optional email and name, of what occurred.. Well, that became non responsive too and indicated that it could not create a dump file.
Ive restarted the computer a few times, restarted hitfilm a few times.  Hitfilm starts up sometimes, and lets me work for a bit. Other times, it wont let me start without it crashing right away... This has all occurred in the last week.  HitFilm is also sluggish while scrolling thru NLE time line, not responsive as i think it should be, given the machine and GPU it is running on.. Any help would be appreciated.  I included a pic of the initial crash, although  there's not much info to it..
Ben
0 · Share on TwitterShare on Facebook
«12»