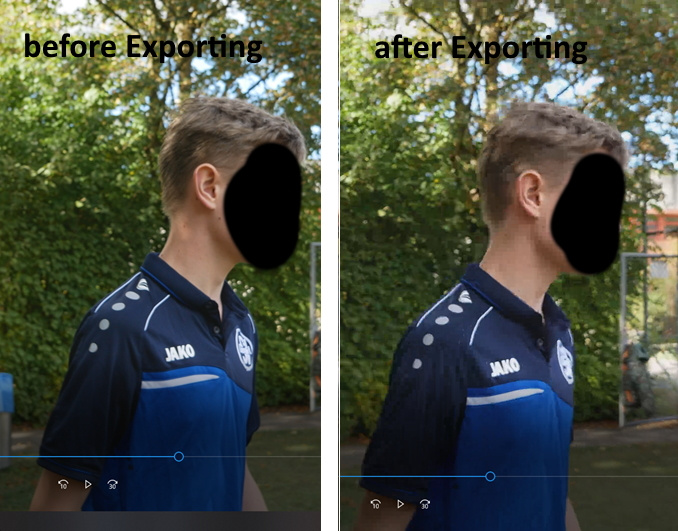 Thats my problem, the original clip looks way better than the exportet one. I don´t know how to solve this problem. My export properties are 4k 30fps. Thanks for your help.