Been rewatching Avatar now that its on netflix, great show.  The intro sequence is cool, I love the map and thought it would be fun to make something similar.  I drew a map in krita and imported it into hitfilm, everthing here will likely change especially the janky camera movement but if you notice on the real intro there are mountains and volcanos that appear to be in 3D space but behave like a billboard texture in the particle simulator.  I was thinking of overlaying a flat particle system over the map with little mountains as textures to create a similar effect.  Im looking for other ways to do it? 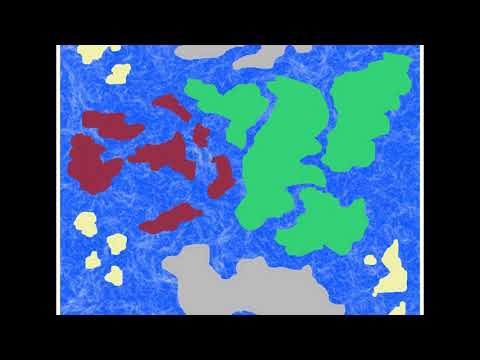