DrHash Posts: 16 Just Starting Out*
February 2020 in Show off 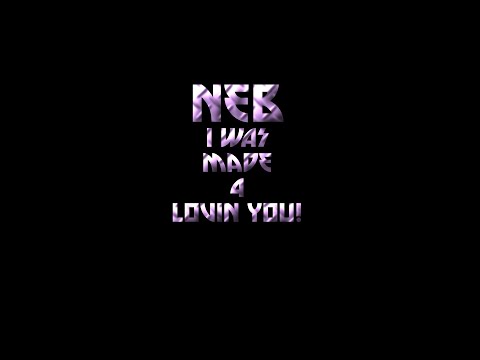 Eve Hitfilmers - after some delay, I have finished a 3d animation for the cover of the Kiss classic I Was Made 4 Lovin U. I suppose, I am a composer first and foremost

- although I do have a rubbish Master of Philosophy in Fine Farts lol. All my other degrees are music and production.

Sorry, I digressed. So I decided to create a 3d animation for said track. I don't want to tour...and I'm middle aged now lol. I suppose this idea is a part of my wider research.  I mean what happens now with music and visuals.

For this piece I decided to create a Kiss cover band - I did this using Makehuman for the 'digital actors', which I animated in Blender. The stage props were mostly from Blendswap, although I put the actual stage together. I also created Gene's axe bass. All the compoisting of the Open EXR files and effects were created in Hitfilm. This includes all the lighting effects seen on stage.

Finally the work is in 4k UHD - 30fps, and all processing was done at 10-bit, and delivered to Youfool

as a 10-bit master...but not HDR yet. I need to upgrade some bits and pieces.

A couple of notes, I should have filmed the piece at 60fps. The movement is smooth, but it could have been even smoother. I should also say, that for about 98% of the piece - I have used proper 30fps - so no 2:1s or 4:1. The work is more of an experiment too for what I have planned. Meaning I probably should have put more 'rock' movements in.