[ANSWERED] Looking at a budget laptop for Hitfilm 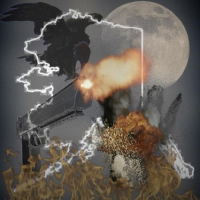 I have been looking out for a budget friendly option for an all around editing pc, a laptop would be ideal, but new they are waaay more $$$, so I was looking on Craigslist and found a gaming laptop which needs a little work, but parts included I can probably get for around 300$ (new battery, new ports board installation which I would do myself).

Would appreciate opinions on the hardware.