DrHash Posts: 16 Just Starting Out*
October 2019 in Show off 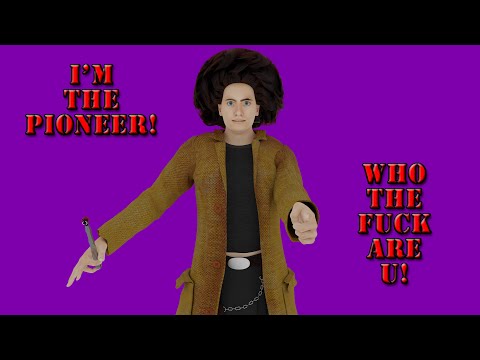 Hopefully someone gets a kick out of this. It is movement 2 of symphony 2 (it's a contemporary take on classical forms), which is in fact a gesamtkunstwerk 3d animated symphonic movement.

Everything has been done to the highest standard - so 4k, 32 bit floating point processing. Yes, folks even those of us with only a laptop can make effects laden creative pieces - ok it is only 6 mins long...but with a second machine I could do full length feature in a year.

Oh it's a piss take on Star Trek TOS - hence Spock, but I've mashed it up with Dr.Who...except their Quantum Lords like in Next Gen...it's a bit like Alice in Wonderland...except with Quantum drugs lol.