A community effort for quick tutorials? 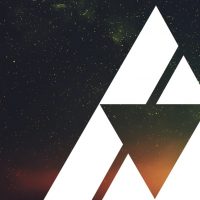 There’s a number of common issues that we see on this forum, and sometimes we end up explaining the same things over and over again. I think it would make everyone’s lives a bit easier if the community could come together and make a playlist of short, concise videos detailing common procedures and fixes.

A good example of something like this is @FilmSensei ‘s viewer controls video. Unfortunately, because the location of the controls changed shortly after Jay released that video, it’s no longer the elegant answer to issues it should have been. Ideally, we would be able to create a playlist and keep it up to date as things change.

Here are some ideas:

- How to install, use, and post a MediaInfo report

- How to make sure your Intel drivers are up to date

- How to make sure your Nvidia drivers are up to date

- How to make sure your AMD drivers are up to date

- How to ensure Hitfilm is using your dedicated graphics card

- How to check your system specs (Mac or PC)

- 2 minute Transcoding Crash Course (what and why)

- Switch to H.264 on other popular phones

Most of these videos shouldn’t take more than an hour or so to create, but have the potential to save us many hours of eye rolling, typing, and irritation, and get to the fun parts of this forum like building fx and making movies.

Feel free to post any other video ideas you have and claim any videos that you’re interested in making. Even if you’re not a tutorial channel, if you have knowledge on a subject, your help would be appreciated.