Update- I resolved the problem by deleting as much unused media from the project as possible, so it definitely seems that there was just too much material for Hitfilm to process.  Is there a hard limit to how much can be imported at one time?  Does it depend on hardware?

I've been working on a project for a month and suddenly today most of the audio is failing to conform.  The preview window shows "the audio waveform cannot be displayed" and some files have an additional "there was an error conforming audio" warning, in which case the audio track won't play at all.   This obviously makes editing impossible.

This applies to new tracks being imported as well as the audio that has been in the project for weeks.  It doesn't seem consistent, some tracks will play some will not, and deleting the cache seems to result in some files that wouldn't play before working and vice versa.

I've tried deleting the cache and I've checked my drives for any errors.  The files themselves are fine and seem to import without a problem if I start a new project, they just won't conform in the project I've been working on.   I tried changing the project audio settings and it didn't change anything.

Is there anything else I can try to resolve this?  Does this happen if a project has too many files imported?  It's a 20 minute video with hundreds of audio tracks. 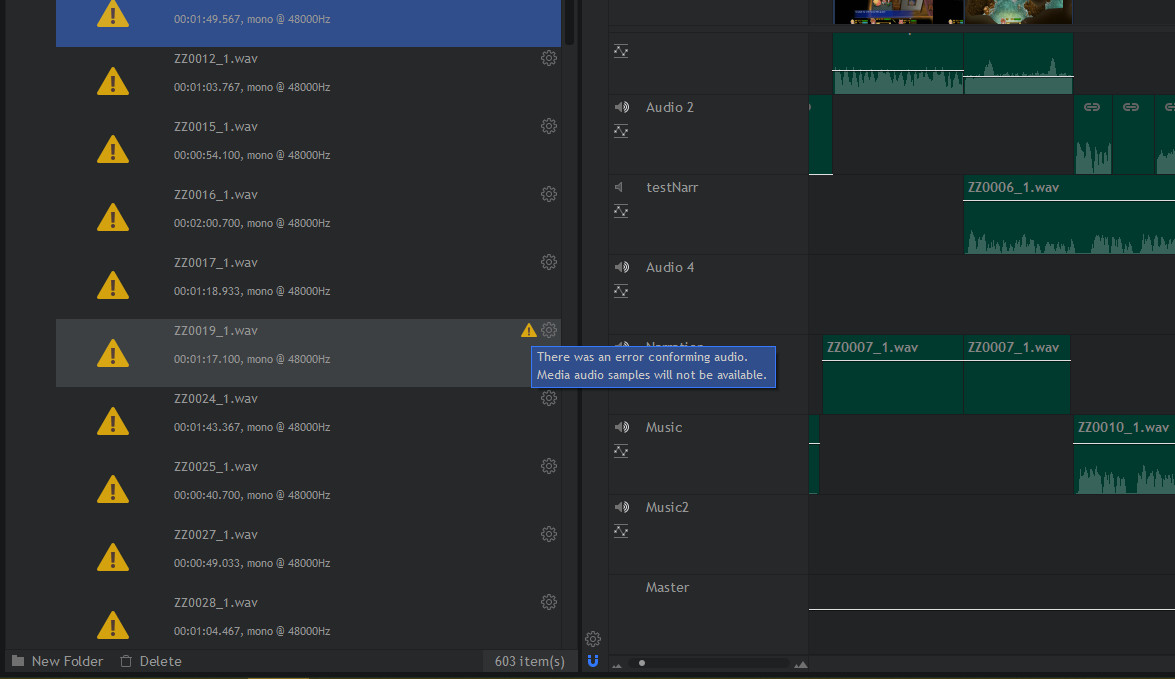