Dealing with it (a short film)

A couple of weeks ago I posted the trailer and now the short is out. We had the usual 100+ people in the auditorium watching, and this time more than 200 people received feedback from their colleagues (the short film is part of our Peer Awards event at work).

Anyway, here it is: 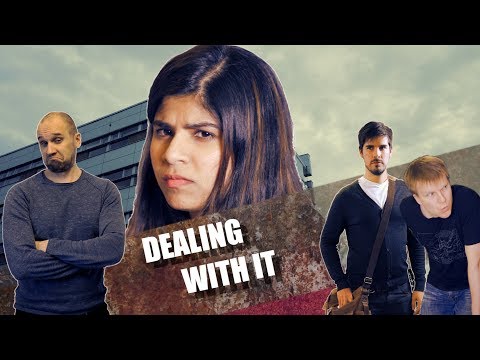 And I challenge you to find the only VFX/compositing shot in the film. Hint it's between 5:30 and 6:00