How to create these blobby particles?

Majahr has been gone for a while and he never made a tutorial about this one.  I think the solid circle is covering a particle system underneath but I'm not sure how he's changing the colors unless it is a particle system to and hes using the liftime panel or just animation changes in color which eh I'm not sure if you can do that or not.  The blobules seem to be a system of emitters.  The movement seems really tricky though, this looks like a nice method to make things look liquidy.  Anyone got a good idea whats going on here? 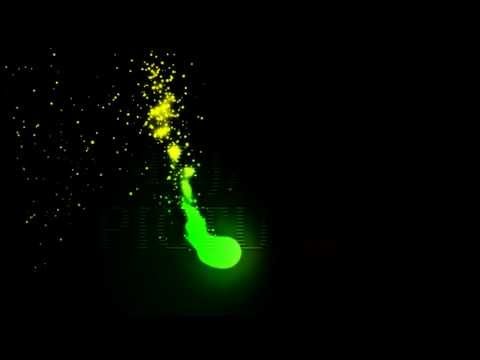