HitFilm definitely not using full potential of my GPU.

Here are my laptop's specs:

The problem is, as you can  see on the screenshot below, while editing video in HitFilm Express (or exporting) my GPU usage never gets higher than 30-40% in Task Manager. 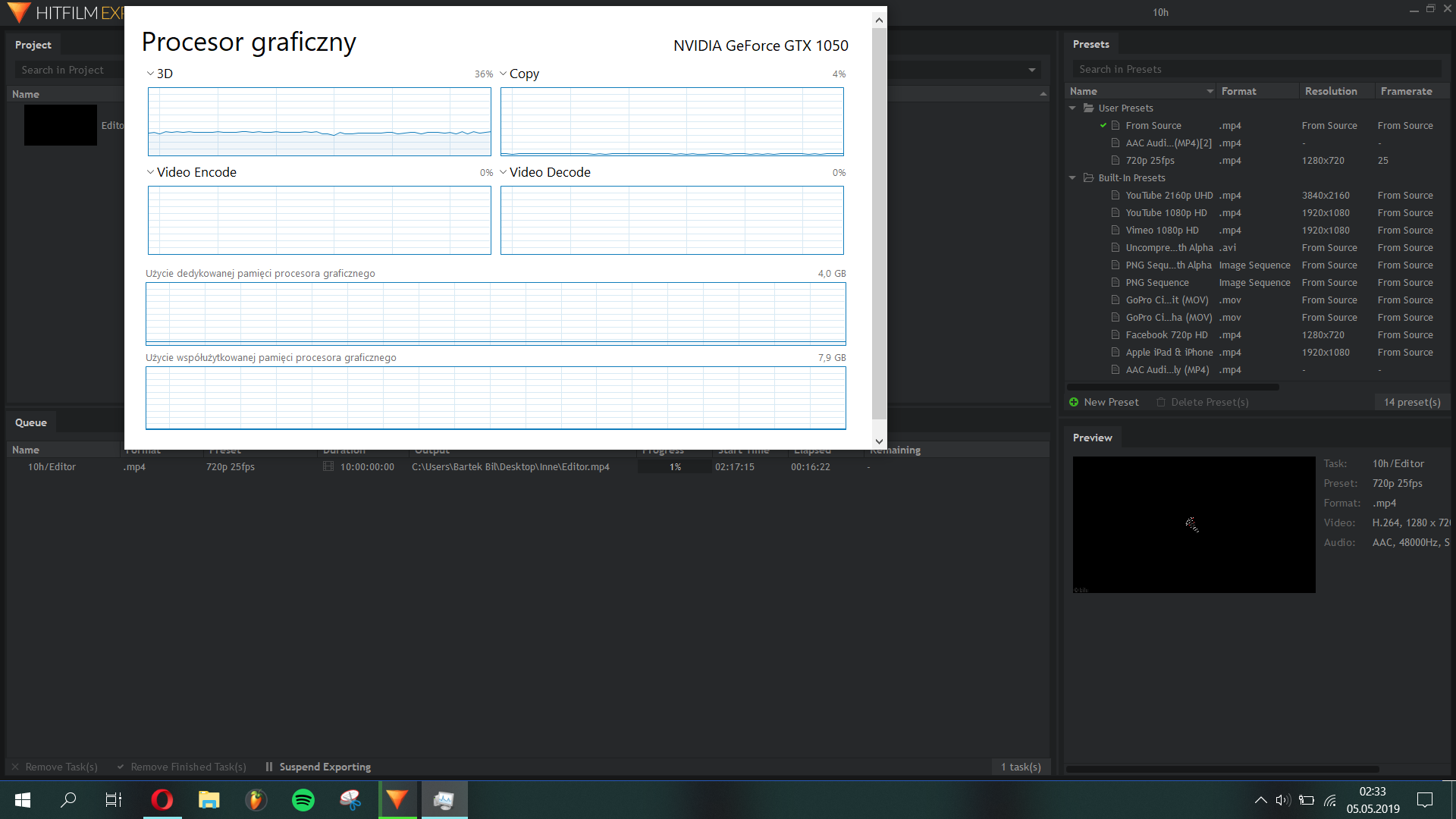 The program also works pretty slow in comparision with for example Adobe Premiere. I've looked everywhere in the settings but I don't see anything that could change much.

It's hard to believe that it's all right, when a 720p 25 fps video is exporting very slowly while I have a GTX 1050. I had an older computer with much worse specs than this laptop, and the speed was simmilar.