Was a move Super Buu used at one point in Dragon Ball Z.  Made it somewhat unintentionally while trying to do different things with particles.  It's a two mobile emitter system overlapped to have birth and death particles, the birth is the trail, the death is the pop which is made of 3 different particles systems.  Gravity is low, speed is a little high and particle trajectory is pointed up to get the arc. 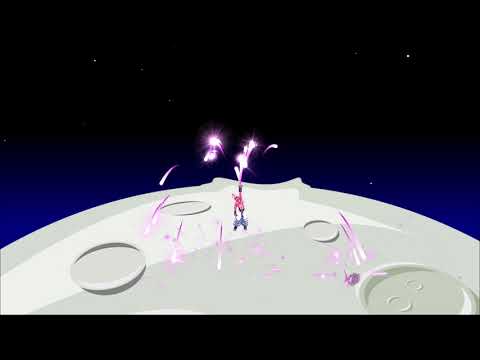